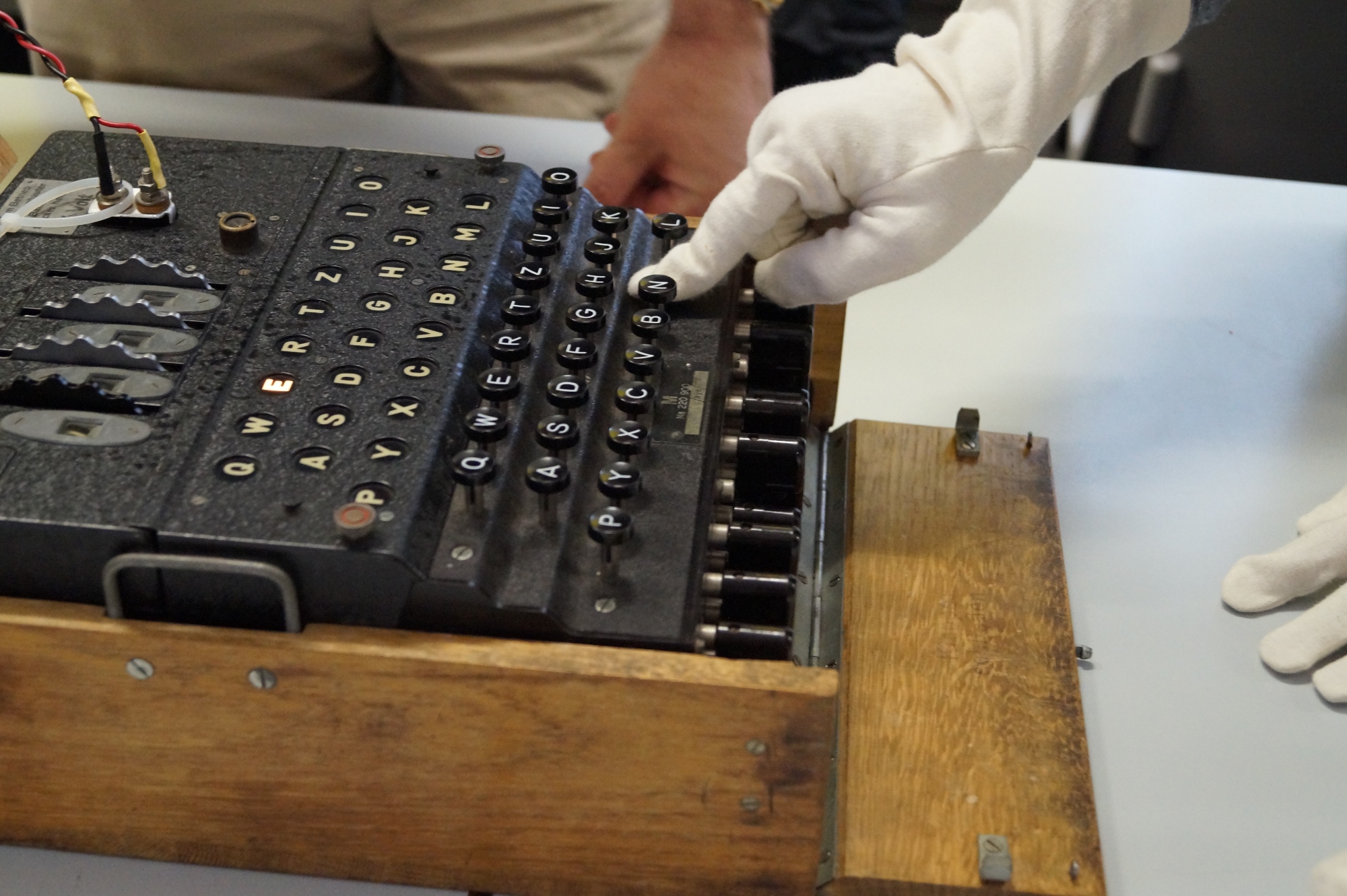 At the end of each academic year, Year 7 - 10 students at The Henry Beaufort School Students have the opportunity to participate in Enrichment Week, as a reward for achieving their stamp totals. A wide variety of activities took place at the end of the summer term, including the Codebreakers. Year 10's Michael Ellis tells the story of one of their activity days:

In the morning, as a group, we looked at many basic ciphers, ranging from simple Caesar shifts right up to the complex Vigenere. At break Miss Walker, Mr Reynolds and Miss Cootes announced there would be a surprise after lunch. It was then announced that after break a talk would be given on Alan Turing and all his greatness… A coincidence, I think not… 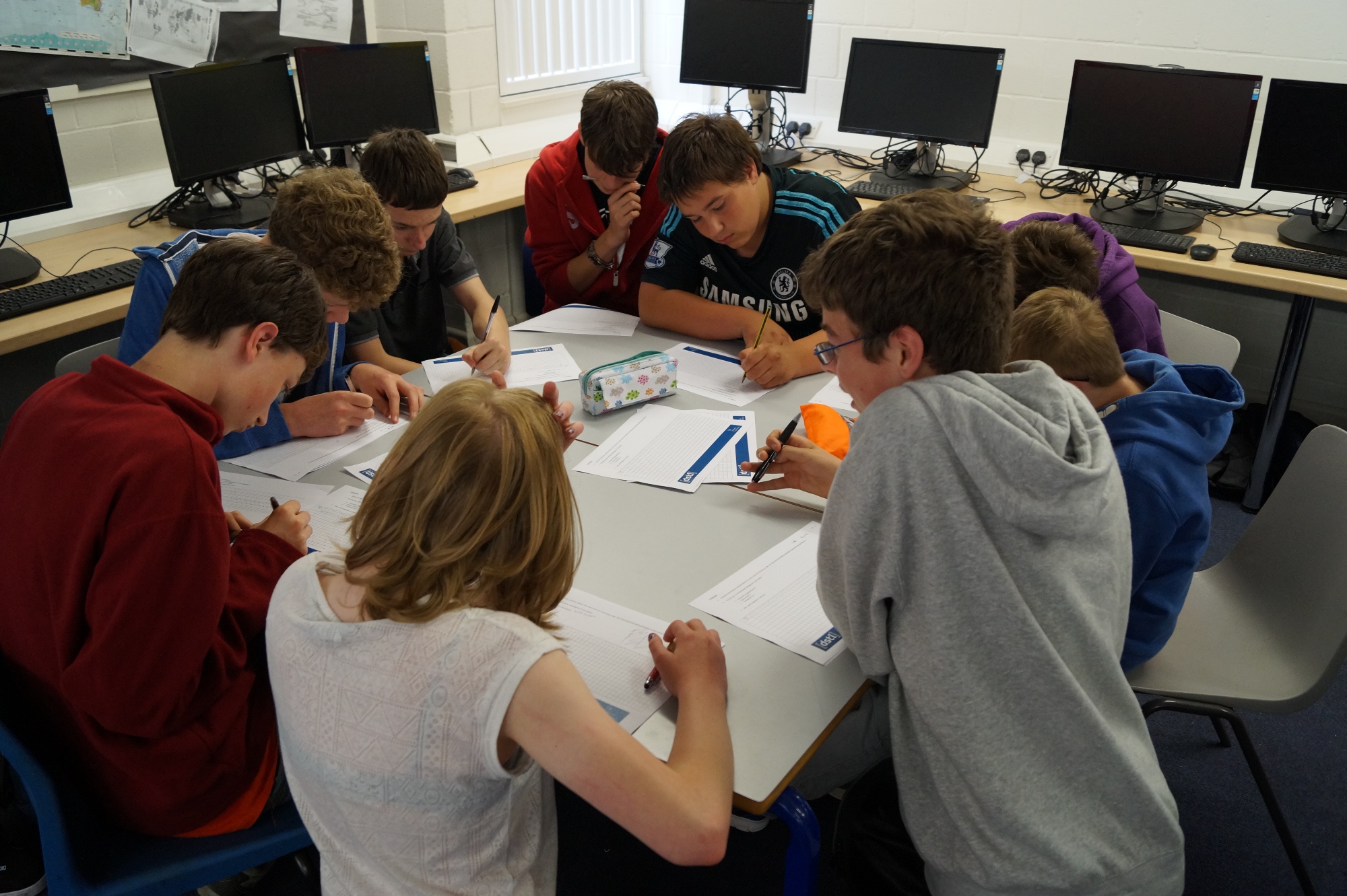 The talk about Alan Turing was interesting, based on his work on the Enigma machine and how Turing cracked it. As the hour neared its end, two official looking men sauntered in holding a big black, bomb proof box. Then the bell went and we were sent out for lunch. 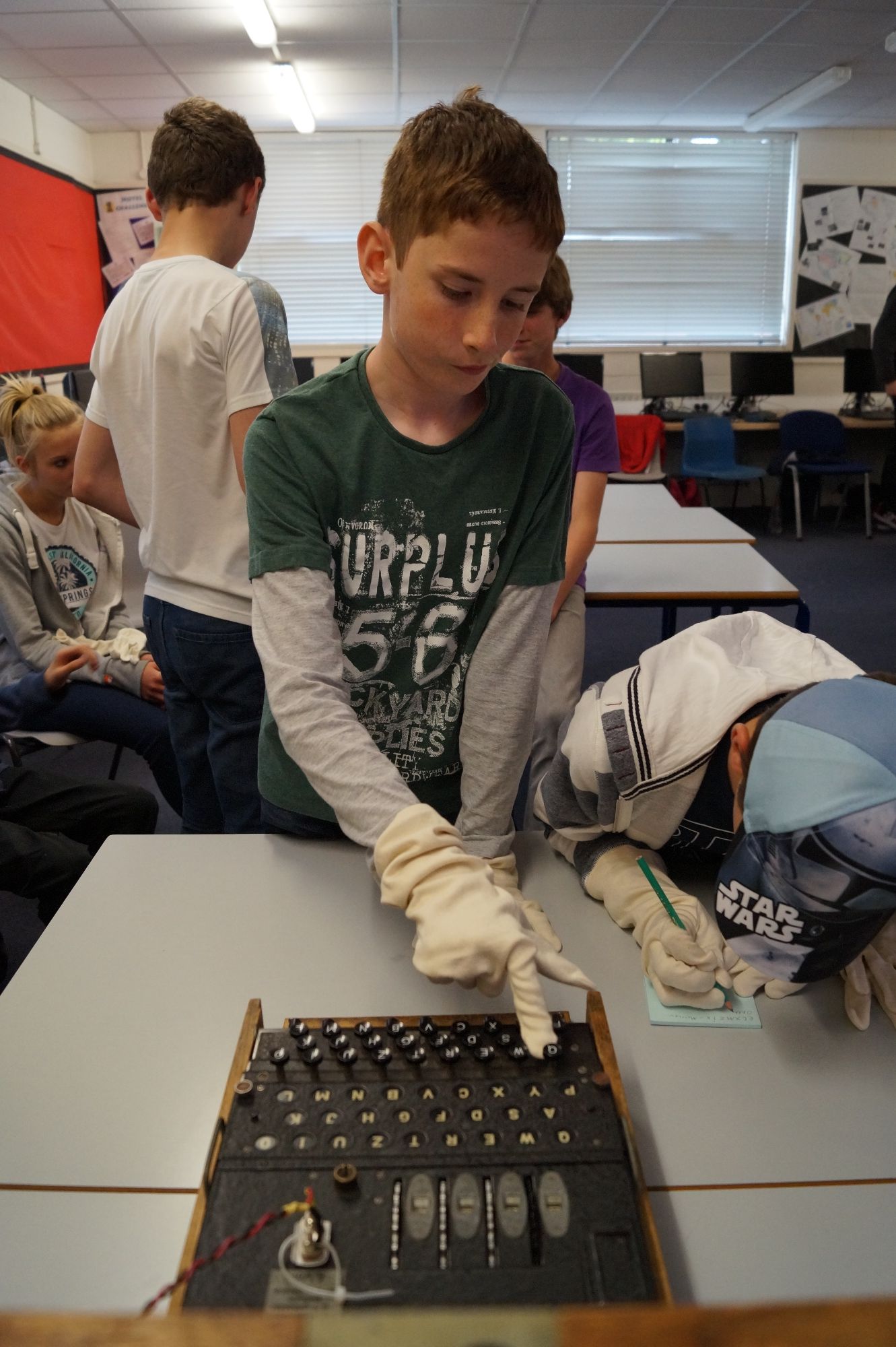 When we came back in the official men had set up, with white gloves laid out, and a four wheel enigma machine on the table, its presence a shining radiance in the otherwise dark room. A few million and so secure, it was only used on U-boats - it was one of very few scattered around the globe. For the next two periods they talked about the history of hidden messages, the enigma and the methods of encryption used today. Then they talked about the future of encryption, looking at things like hacking AES and DES and the security of hashes. Then we got up took part in activities such as a challenge, semaphore flags, morse code and typing our names on an enigma machine. Overall it was a very interesting day with everybody engaged and interested with the talk being given.