On Friday 12th May, the U14 Girls Football team from The Henry Beaufort School played in the County Cup Final at Alton FC. Our opposition were Wavell, a repeat of the final the previous year.  The Beaufort Girls were looking to retain the title they won last year, however Wavell were also on the lookout for revenge!

Throughout  the cup competition Henry Beaufort had beaten a number of teams, including Perins (7-0), Romsey (2-0) and Kings (5-1). The Henry Beaufort crowd where there in full force and in good voice cheering on the girls!

Wavell broke the deadlock and took the lead, however Katie, after a fantastic solo run, calmly slotted the ball in the corner to score an equaliser.

It was a super close game - both teams giving 100% and battling for every ball. Wavell then retook the lead to make it 2-1. Once again, the Beaufort girls, with their incredible team spirit scored a great team goal with Jess finishing off an excellent move. The first half finished 2-2. 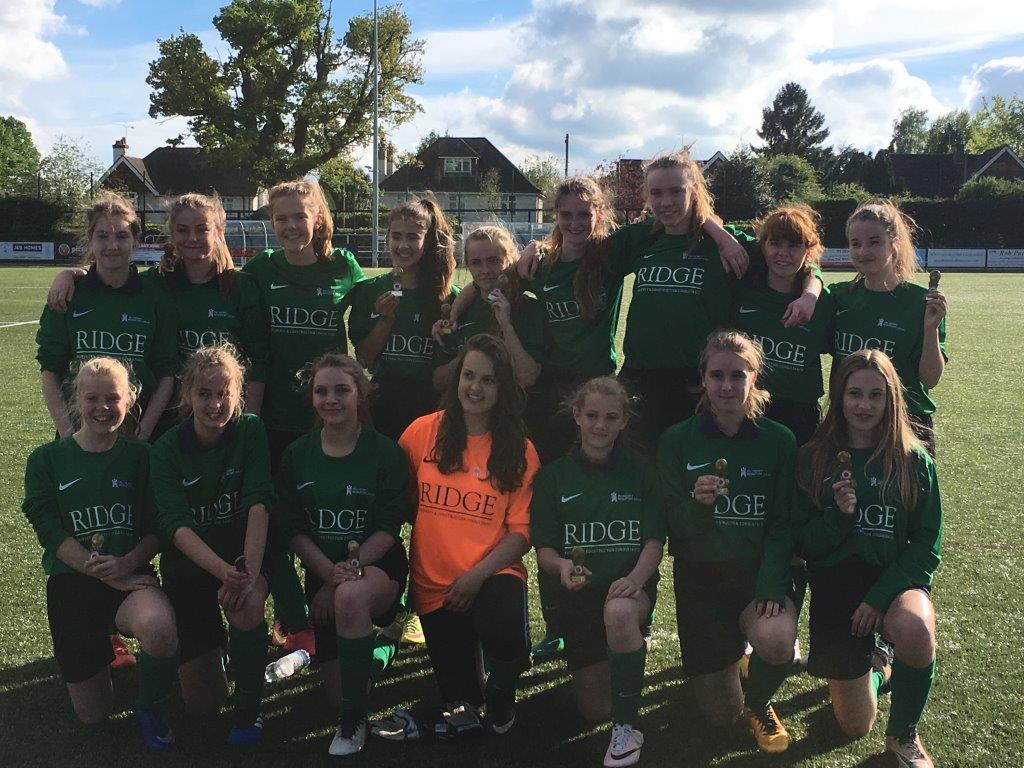 It was extremely close game and in the last two minutes it looked like it was going to extra time. Both teams had chances to take the lead. Jennie made some incredible saves, Phoebe had some good shots saved and our defence stood strong lead by captain Martha. However, in a cruel twist of fate, after Wavell had a corner, the defence cleared the ball with it falling to an incredibly talented Wavell player who hit the ball 25 yards out and scored an absolutely amazing  goal to make it 3-2. Sadly this was to be the last kick of the game!

The girls can claim the title of County Cup Runners up - one of which they should be extremely proud of. They are a real credit to the school. They are already looking forward to next season to hopefully reclaim the title!