2014 saw the introduction of the Henry Beaufort Primary Maths Challenge.  The challenge consisted of 10 questions, that tested the pupils problem-solving and logical thinking skills, as well as an ability to ‘think outside the box.’

Henry Beaufort were pleased to receive over 80 entries from 16 different Primary schools in the Winchester area. The standard of entry was very high and the Maths department were impressed by the understanding and ability that the young Mathematicians had demonstrated.

All of those that had entered were invited to a Presentation Evening at the school. For many, this was their first time at Henry Beaufort, whilst others were familiar faces that had been attending the school for Maths and Science enrichment sessions throughout the term. We were also delighted to welcome Dr. Tim Slucklin. Dr. Sluckin is a Maths Professor at University of Southampton and a member of their Outreach Team. We were fortunate enough for Dr. Sluckin to give a talk to the young Mathematicians, covering topics from the origins of Pi to Pythagoras, as well as giving a brief outline of what inspired him to pursue Mathematics.

The participants were awarded Gold, Silver, Bronze or Participation awards. With the top 3 from Years 5 and 6 also receiving a book prize. 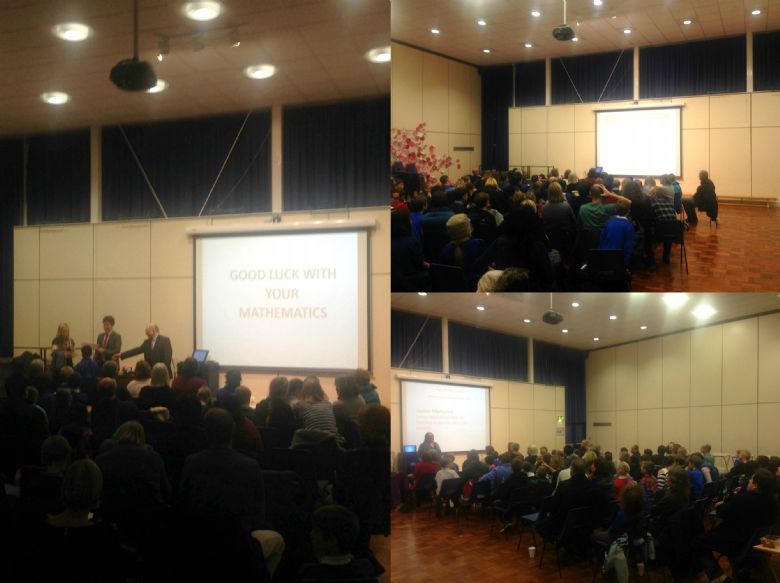 The Henry Beaufort Maths Department would like to thank all of the participants for their excellent work. We would also like to thank their parents, teachers and schools for the support that was given throughout the process.